MySQL 8.0 was released with awesome features. One of its most prominent features is CTE (Common Table Expression).

The Common Table Expression can be used to construct complex queries in a more readable manner. In this blog, I have described how the CTE works with some useful examples.

A Common Table Expression (CTE) is the result set of the query, which exists temporarily and uses only within the context of a larger query.

The CTE provides better readability and performance in comparison with a derived table.

In a normal query the temporary result set that exists only within the execution scope of a single SQL statement. 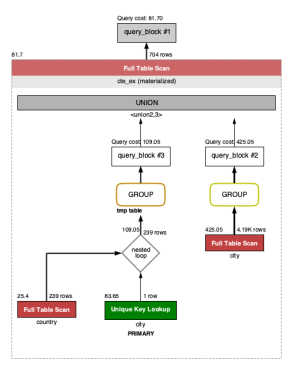 Just like database views and derived tables, CTE enables users to easily write and maintain complex queries with better readability and simplification. This reduction in complexity is achieved by deconstructing ordinarily complex queries into simple blocks to be used and reused if necessary.

Needing to reference a derived table multiple times in a single query. 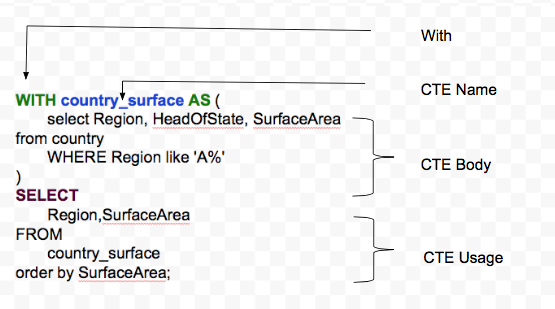 In this example name of the CTE is country_surface, the query that defines the CTE returns two columns Region and SurfaceArea.

There are three usages WITH clause to make common table expressions.

1) A WITH clause can be used at the beginning of SELECT, UPDATE, and DELETE statements.

Source to update other tables :

The CTE provides a simple solution to update the other tables.

2) A WITH clause can be used at the beginning of a subquery or a derived table subquery.

3) A WITH clause can be used immediately preceding SELECT of the statements that include a SELECT clause.

We can include the max_execution_time an optimizer hint within the CTE statement.